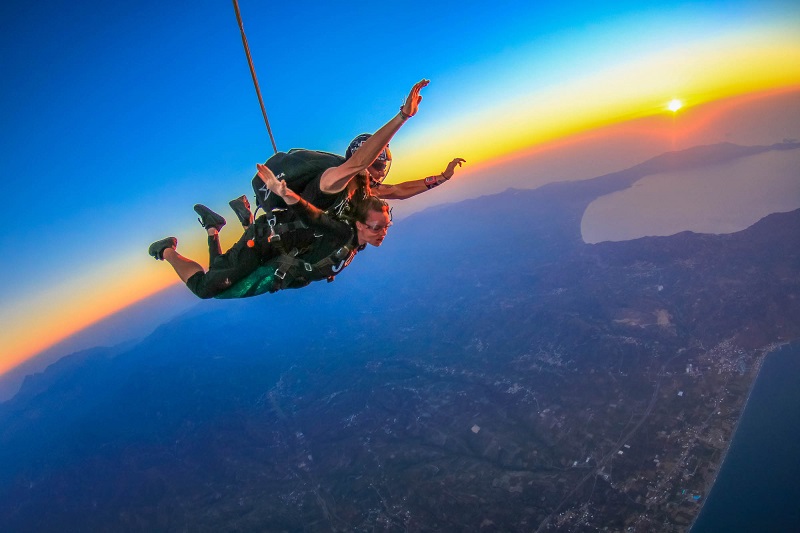 Two prominent lawyers are taking on the case for Tyre Sampson’s family following the death of a 14-year-old boy who died after falling from an Orlando amusement park’s Free Fall attraction. Attorney Ben Crump and Icon Park have each announced their representation of the family. Their names are being withheld pending notification of family members. These attorneys have previously defended Florida amusement park patrons who were injured in rides.

The Free Fall attraction at Orlando’s Icon Park is more than 400 feet tall and tilts at a 30 degree angle. The structure is built in such a way that the riders nearly touch the ground when they reach the top. Riders will experience 75 mph as they plummet at 400 feet per second. This ride is open to 30 riders at a time. The Free Fall has received numerous safety complaints and was shut down indefinitely after a woman died in a similar accident at a similar amusement park.

The ride is closed following a death last year, and there is a protest against it. The Juneteenth Project Coalition is organizing a protest in front of the Orlando Free Fall ride to call for its removal. The group has been protesting in front of the attraction before. They want the attraction to be shut down. This is the latest in a long line of deaths and injuries at theme parks across the country. But it is not too late for visitors to get involved and sign a petition to stop the ride.

The SlingShot Group, which owns and operates the attraction, has released 911 calls made after the tragic accident. The SlingShot Group has also released a statement on the incident. While the incident remains under investigation, the company has expressed their deep sympathy to the Sampson family. Those who are affected by the tragedy are urged to seek medical attention immediately. After falling off the free fall ride, the boy has died from his injuries.

Sampson’s family has filed a wrongful death lawsuit against Funtime Handels and Gerstlauer Amusement Rides for his death. The Orlando-area theme park had installed a seat belt on the ride, but Tyre had not buckled it when he entered. While the attraction’s operating manual states that a person should not weigh more than 286 pounds, Tyre Sampson weighed 350 pounds. The plaintiffs, including Funtime Handels, are seeking more than $300,000 in damages and attorneys’ fees.

The Florida Department of Agriculture and Consumer Services has begun an investigation into the Free Fall ride at ICON Park. Keator Construction has declined comment and Funtime Handels GMBH has not responded to ABC News requests for comment. The company and ICON Park say they are cooperating with the investigation. Funtime Handels has yet to respond to ABC News’ requests for comment. In the meantime, the Orlando Free Fall has remained closed since Sampson’s death.

The death of an 18-year-old boy on the Free Fall ride at Universal Orlando has been the focus of a preliminary investigation, and the owner of the Orlando park, Keator Construction, LLC, stands accused of negligence. According to a statement released by the company, the victim was wearing a safety harness when he went on the ride, but he fell off the tower when he lost control. Keator Construction, LLC built the free-fall ride and Funtime manufactured the attraction.

The lawsuit claims that the Orlando free fall ride was “unreasonably dangerous,” and names several businesses associated with the attraction. Sampson’s lawsuit names the manufacturers of the ride, Keator Construction, and Funtime Handels GmbH as defendants. While the suit has yet to be resolved, the family’s hopes are high that a lawsuit will result in better safety procedures. While it may seem like a tall order, the family of Tyre Sampson has the strength to make their case.

The family of 14-year-old Tyre Sampson has filed a wrongful death suit against several businesses over the incident at the ICON Park in Orlando. In the suit, they are demanding that the company take down the FreeFall drop tower ride and put in more safety rules. Tyre was riding the ride on a tandem bike, and it tilts forward 30 degrees, sending the riders free-falling down at speeds up to 75 miles per hour.

The lawsuit states that the park failed to warn Tyre of weight and height restrictions on its free fall rides and the fact that they are not suited for younger riders. The parents are also claiming that the employees should have made sure that their customers wore safety belts, but did not address the issue. They are also claiming that the park failed to install a secondary restraint and fail to verify that the restraints were secure, which may have contributed to the accident.