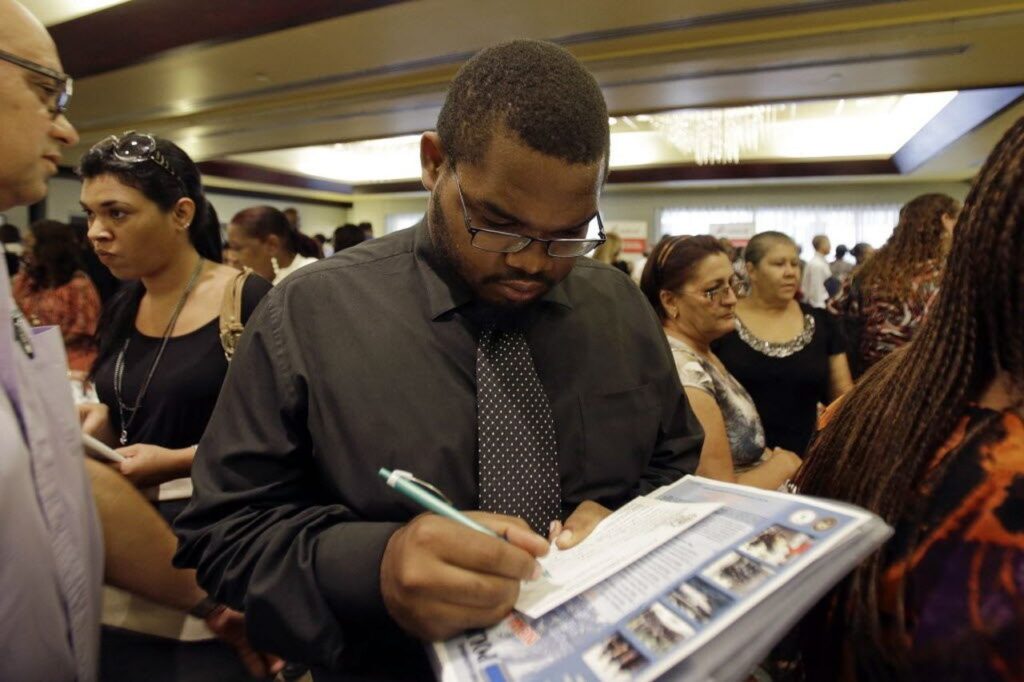 The unemployment rate in Oregon is at its lowest level since COVID-19 shook the economy in March. The state’s unemployment program is also experiencing an uptick in wait times. Read on for the latest in Oregon unemployment news today. Here are the highlights:

In October, employers reported adding more than eleven thousand jobs. That is more than twice the number of positions that had been lost in January. This is a welcome sign as it signals that the state is moving toward a more worker-friendly labor market. Despite the higher than expected unemployment rate, however, the number of unemployed individuals still lags behind the average.

Despite the higher than average number of unemployed Oregonians, the rate of unemployment has fallen to its lowest point since the virus hit the state’s economy. Despite the lower unemployment rate, the state’s economy is still struggling due to the high number of new residents. The state is experiencing a high level of population growth, but this is not necessarily an indication of the health of the economy.

The COVID-19 pandemic has had a devastating impact on the low-wage workforce in the United States. As a result, low-wage workers have been working in dangerous conditions, putting their health at risk. Black workers have also experienced retaliation from employers who raise COVID-19 safety concerns in the workplace. Unemployment insurance is a necessity for millions of workers, but many employers have failed to pay enough to cover their employees’ essential costs, including paid sick days and living wages.

Seasonally adjusted nonfarm payroll employment in Oregon grew by 4,200 jobs in April, exceeding the 7,000-job gain in March. Gains were concentrated in health care and social assistance, manufacturing, and business and professional services. Employment in these sectors increased by 4,200 jobs compared with a year earlier. Meanwhile, other services lost about 1,000 jobs. The increase in health care and social assistance jobs was largely due to recent revisions, which boosted the number of jobs over the past six months by about 3,000.

The rise in nonfarm payroll employment is consistent with the overall increase in employment in the U.S. The state is recovering from a recession and is currently on track to have the lowest unemployment rate in the nation. The state has recovered about eighty percent of the jobs lost during the recession. The only significant industry that shed jobs was other services. The recent job growth was stronger than expected despite the recession.

In Oregon, the unemployment rate dropped to 7.7 percent, down from 4.5 percent a year ago. Nonfarm payroll employment in the state increased by 14,600 over the past year. Public sector payrolls were unchanged in April, at 714,400. While state and local governments added jobs, the federal government lost 200. A recent household survey revealed that the labor force participation rate in the state rose by 0.5 percentage point from last year.

The Oregon Employment Department reported Monday that it has made $176 million in payments for people who have been waiting for weeks to apply for unemployment benefits. The wait times for unemployment benefits in Oregon are rising, as they have for other states as well. In addition to the waiting time for the first week, claimants can also lose up to $1,000 in benefits from the CARES Act. Fortunately, the state is making progress toward a solution to the issue.

The unemployment benefits department has pledged to make improvements, but many of its computer systems are decades old. The system has made it difficult for the state to implement new programs. Many unemployment offices still use the 1960s-era programming language COBOL. This latest relief package did not include funding for computer upgrades, despite an earlier proposal of $1 billion. Those delays have a negative effect on the state’s economy.

The state unemployment benefits office has a plan to improve wait times. Earlier this year, the employment department aimed to answer at least 80% of online inquiries within 15 minutes and respond to 90 percent of them within one week. But the wait times have been increasing for some time now. In February alone, claimants spent 34 minutes on hold before getting a response. Callers are waiting for an average of two weeks to receive a response.

There are multiple reasons for this. First, states don’t have a good system for tracking unemployment statistics. According to a recent report by the Century Foundation, only 60 percent of the people who apply for benefits are actually receiving it. That means that millions of people are waiting months before receiving benefits. Moreover, many people are receiving delayed benefits after their claims were rejected, flagged as fraud, or had trouble submitting documents. In some cases, people never hear anything at all.

The long-term joblessness problem is not going away with the expiration of the COVID pandemic benefit next month. The shrinking ranks of long-term unemployed largely owe to higher wages that employers are offering to fill open positions. However, many older claimants worry that employers are favoring younger workers, as they tend to earn less and may be more comfortable with office-work technology.

A group of lawmakers, led by Sen. Ron Wyden, has proposed reforms to Oregon’s unemployment system to help the state cope with a new wave of unemployed workers. Last year, hundreds of thousands of Oregonians found themselves unemployed. As millions of Americans also found themselves unemployed, the unemployment system did not keep pace. Senator Wyden has been advocating for changes to the system since the pandemic hit.

The bill would guarantee that part-time workers receive 26 weeks of benefits, rather than the six months set by the previous law. In addition, it would prohibit the state from shortchanging workers. Most states already set a limit of 26 weeks of benefits from their unemployment trust funds. Meanwhile, Oregon’s new unemployment benefits rule will allow workers to earn money before their benefits are reduced. A new bill would make it easier to obtain job training benefits for part-time workers while collecting benefits.

As the pandemic spread, every state struggled to meet its obligations to pay jobless benefits. Oregon shed 271,000 jobs in its first month, and the jobless rate rose from 3.6% to 13.2%. Other states were more troubled, but Oregon was the worst-performing. Unemployment benefits are not paid to people who are missing scheduled appointments. That’s one reason why Oregon is among the slowest states to pay out benefits.

The governor has said that she will make a decision on permanent leadership of the employment department after the pandemic subsides. In the meantime, she has directed the department to improve its phone system and make clear instructions on outgoing mail. In the meantime, the governor has promised to wait until the pandemic subsides before making any major changes. If the new administration approves the bill, she will move forward with the changes.

Senate Bill 462 has several provisions. One change makes part-time workers eligible for benefits. Under the COVID-19 program, gig workers are eligible for benefits. Other changes include a longer duration for unemployment benefits. The bill also increases the minimum benefit period for workers who earn up to $500 a week. Despite the long-term effects, however, the benefits are still not enough for those who need it the most.